From Lojban
< User:Gleki
Jump to navigation Jump to search 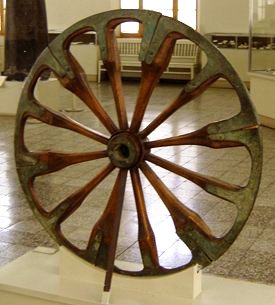 lo bridi can have a prenex that declares da.

All da that are not declared in the prenex of the bridi where they are used are inherited from lo bridi from higher levels: su'o da zo'u da broda lo nu da brode - here, the last da in inherited from the first da.

All da that are declared in the prenex of the bridi where they are used shadow all the da declared at higher levels: su'o da zo'u da broda lo nu su'o da da zo'u da brode - here, the last da is given a new scope, it's actually a new variable and in this inner bridi the first da is longer valid.

Prepositions, pa da-like and pa broda-like nouns create scope to the right of each of them.

Pure da with its quantification declared in the prenex doesn't create scope.

lo-like nouns have the top priority scope within the entire UD to the left and to the right of them up to the boundaries of UD, they don't scope over each other.

lo means the same as da poi except it's implicitly declared in an implicit UD-wide prenex and therefore has a different scope.

UD-wide prenex is always implicit, in other words lo broda has no prenex, it's always quantified only in place where it is used. lo is imposible to redeclare in UD.

The difference is that lo doesn't require and is not capable of any explicit variable declarations.

The only utility of lo compared to da poi is

As one of the consequences of that is that lo allow for free word order.

The basic and most important similarity is that

Some scopes are shown here with their boundaries marked with [ ... ].

By a quirk of Lojban syntax, it is possible to omit the descriptor “lo”, but never any other descriptor, from a description like that of Example 7.5; namely, one which has an explicit outer quantifier but no explicit inner quantifier.

In other words, in CLL 1.0 ci gerku and ci lo gerku meant the same. After the xorlo reform the expansions are:

Hence, the difference is only in top-level declarations of dogs (by saying of implying lo gerku somewhere in UD) in ci lo gerku construct.

After the xorlo reform the difference is still very subtle to think of any useful difference between them.

le and particularity vs. any-ness

The description of the meaning of le is not very precise. Instead of

I suggest this glossing:

In CLL 1.0 both da poi and lo can be translated as "some/any". le is opposed to both of them.

le was poorly understood because people were relying on logical theories that for most parts ignored the notion of discourse (that is more related to linguistics). However, although le was more or less caught a similar particle voi was not popular.

Here, voi starts a relative clause but unlike noi and poi it refers to things/events/etc. that the speaker has in their mind, that is that have already been created for the speaker's UD.

lo = at least one of all of those which really are

"veritas" implies knowledge, thus implies either jetnu2 or djuno1 and thus requires for presence either epistemology or the subject who knows.

Hence, the whole idea of veridicality is correct and only needs paedagogical rephrasings leading to a colloquial "logical" Lojban becoming real.

outer quantifiers for predicate arguments in the discourse

Nouns to be referred to can also be quantified:

Notice that when using this method "ci gerku"/"ci lo gerku" distinction is unreachable.

They were expanded as

That's too late to take them into account due to a natural shift in Lojban usage leading to the adoption of BPFK expansions.

"Back to CLL 1.0" ideology (Neo-prexorloism)

With the explanations provided above the distinction between " lo/da and le ", which is described in CLL 1.0 (no matter how awkward or inutile the description is for colloquial usage), is nevertheless in general fine and useful for the language design and its applications (e.g. through translations into Laymen English).

In short it describes the difference between indefiniteness (lo and da) and definiteness, id est anaphora/cataphora/exophora.