A great number of Lojbanists studied Esperanto before coming to Lojbanistan. Formerly (in the 'Tweeners era) a substantial number of Lojbanists were familiar with Esperanto. This no longer appears to be the case. Still here are some of them who can speak Esperanto: la selpa'i, la gleki, la ilmen, la nitcion, la xorxes, la maiky'elsym, la cein, la .stivyn.

Is Esperanto a rival to Lojban?

There is little overt rivalry (except on the vexing 'Sixteen Rules' issue...). The situation can be considered as a case of complementarity: international auxilliary language claims are renounced in Lojban. Lojbanists are focused on issues which simply don't exist in Esperanto.

This seems to be primarily an artifact of the peculiar situation of Esperanto in America: the idealism of Esperanto, and the feel for a need for an IAL, do not have as much resonance in America as elsewhere, so there are proportionally many more people who would consider learning either Esperanto or Lojban only as a conlang. (Few outside the Anglo-Saxon world, I suspect would learn Esperanto only as a conlang). For that reason, the two languages are being compared by some (e.g. prospective students asking for comparisons on the mailing list) rather more directly than others (e.g. Esperantists or ex-Esperantists like me) may have expected, in terms of non-IAL specific issues like unambiguity or euphony. 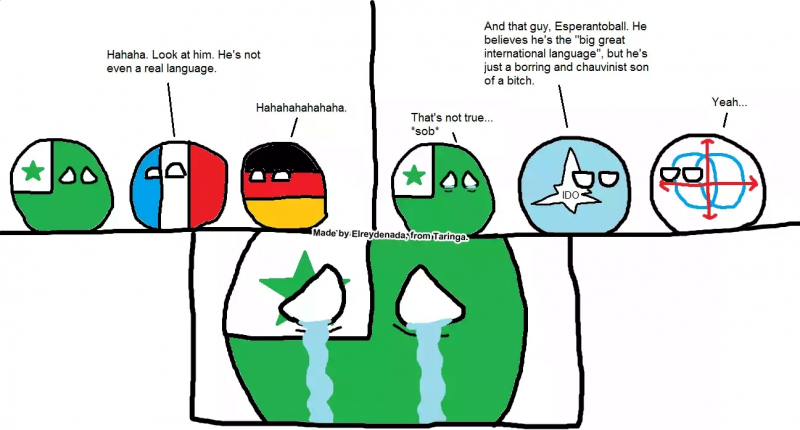